by Faun and a Pan Flute 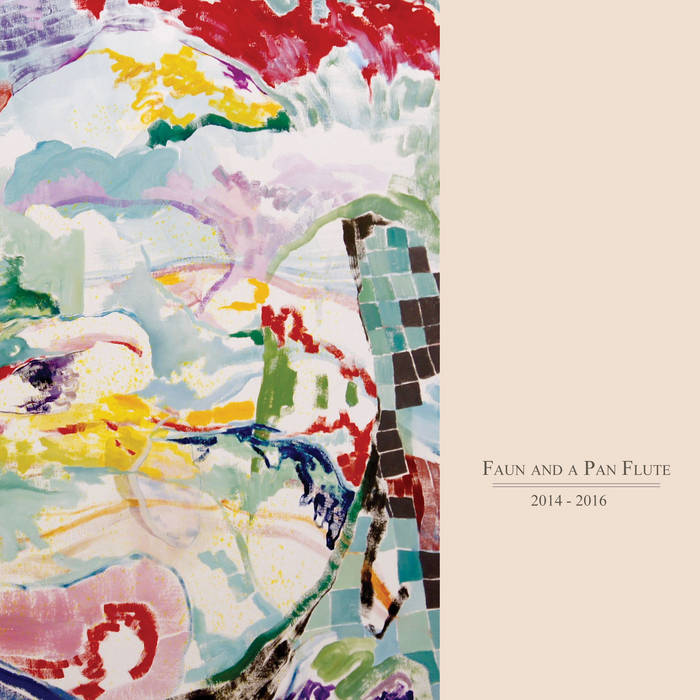 "My family and I have been discussing discipline lately, and the reasons why we practice anything - an instrument, ballet, kindness, exercise, mindfulness, anything at all really, and sometimes I feel at a loss to express, in a meaningful way, that the discipline of practice itself is a tool which can build depth, complexity, and richness of experience over time.

This Faun and a Pan Flute album is the result of individual and group discipline evoked by ten people: the nine musicians in the band and the producer who guided the making of the album. Ada Babar (electric guitar), Dan Bailey (fretless bass), Daniel Betts (drums), Chris Childs (marimba), David Gray (electric guitar), John Gregg (percussion), Julian Hinshaw (tuba), Benjamin Shirley (cello), and Peter Webb (alto saxophone) joined me, Benjamin Price, in my home studio studilaroche over a span of two years to record the material presented on this album.

With a good vibe established, a couple days of recording would ensue, and the entire band would perform the songs live-in-the-studio. For a band like Faun and a Pan Flute, which rely on interaction, visual cues and deep intra-band listening, establishing an environment in which they feel comfortable and able to focus on their music is critical. The songs are performed in full, with multiple takes recorded in pursuit of the right feel, intonation, pocket, execution, and tempo throughout the varied sections of the material.

This album is the result of the band’s commitment to the music, to the discipline of writing, rehearsing, playing, and recording. I hope I have captured and presented the music and tones in a faithful and articulate way. Take the time to open up the various moods and emotions presented here. This is music to grow with."

We are so glad Ben Price is alive. He's a hero.
-Faun and a Pan Flute

Music by Faun and a Pan Flute
Recorded and Mixed by Benjamin Price at studilaroche in Atlanta, GA
Mastered by Alex Lowe at Red Tuxedo
Artwork by Wihro Kim

"it's a little bright, don't you think?"

Faun and a Pan Flute recommends:

Bandcamp Daily  your guide to the world of Bandcamp